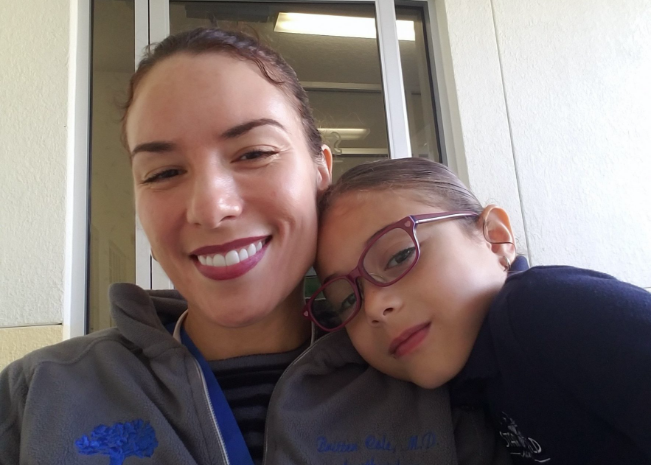 The Real Reason I Chose to Be on Reality TV

I’ve been asked why I decided to be on a reality TV show. The answer is simple: I want to be part of the pool of positive role models for young black kids who may look to television to define themselves. Now some may protest, “Is reality TV really all that positive?” Well, it can be.

Here’s the thing: Yes, we may argue and disagree. However, at the end of the day, my hope would be that children of color will see six highly successful women. They’ll see women with families that they love and are dedicated to taking care of. And through this lens of observing us, with all the possibilities we’ve brought about, they’ll be inspired when seeing themselves. Viewers will notice that although we may disagree, we’re able to resolve our differences with discourse instead of our fists.

So many stereotypes surrounding the identity of black women feed into anger and violence. I want my success and reality to become another young black girl’s reality, too.

My husband and I realize we are our children’s first role models. They will hopefully learn to be self-assured and well-adjusted based on the roots we plant for them now. It’s important for us to teach them about our black history in the hopes that they’ll honor that history and, by doing so, become an even greater version of the generation before.

I cannot allow all that our predecessors worked so hard to achieve be minimized by the media’s portrayal of blacks as poor, thugs or criminals. I liken it to experiencing a continual slap in the face. Historically, the media hasn’t been kind or even fair to brown faces. Rarely have black folks been seen on TV and in film as kings, queens, CEOs, scientists, husbands or involved fathers.

I’ve explained to my children the struggles black folks have faced since our lineage began here on the shores of America countless times, but I’ve never fallen short of explaining the many triumphs as well. I want them to feel that sense of pride that comes with learning how strong, rich and courageous their bloodline is. Since they were born, my kids have been encompassed by black music, fashion, food and movies, exposed to our different dialects and taught to embrace our “sass,” as my daughter calls it.

And they love it. They appreciate how beautiful and unique our culture is to the point where they’ve noticed our language and style being emulated in pop culture and media. But I want more of our successes to be imitated. Our genius should be celebrated, not just our creativity.

I feel an obligation to my children and all children of color to be inspirational and aspirational. Through my actions, I want to show young women how to respect themselves, but I also want everyone to see how deserving we are of that respect. Fortunately, but unfortunately, black folks have the weight of the entire race on our shoulders. What one of us does reflects upon us all, in the eyes of the masses. So as a black woman who now has the opportunity to have a voice and platform, I don’t take this responsibility lightly. I want viewers to see that black women are smart, funny, clever, emotional, opinionated, vulnerable and beautiful.

And it is all good! We are a myriad of characteristics and emotions. We deserve the same accolades and admiration for our achievements as white folks have received. Being on a reality-television show affords me the chance to show everyone our humanity. I want the world to see that black women exist, and are quite exceptional at doing so.

Yes, sometimes we argue on the show. But that’s human nature, and no race is above or below that natural instinct. What I want young women to take away from my time onscreen is that they can achieve whatever their minds can conceive. I want young men to know that strong black women are to be revered and not feared. I want society to learn that we are multifaceted and can’t be typecast or pigeonholed into one role.

Despite our oftentimes negative depictions on television, black folks have never been short on self-esteem. We can write encyclopedias on how to carry self-confidence, and teach classes on how to sprinkle self-regard around as we walk by.

But what we have no control over is how we’re perceived based on what individuals think they know about us as people, or as a culture as defined by portrayals on TV and in film. More scientists, engineers, doctors and bosses need to be celebrated on the big screen as well as in boardrooms.

I’ve chosen to be on television to showcase our greatness to the world, and to give validation to what every black person already knows: that we are magnificent mothers, fathers, spouses and professionals. We are kindhearted, hardworking and responsible, just like everyone else. We know our worth — we just want the rest of society to start seeing it too!